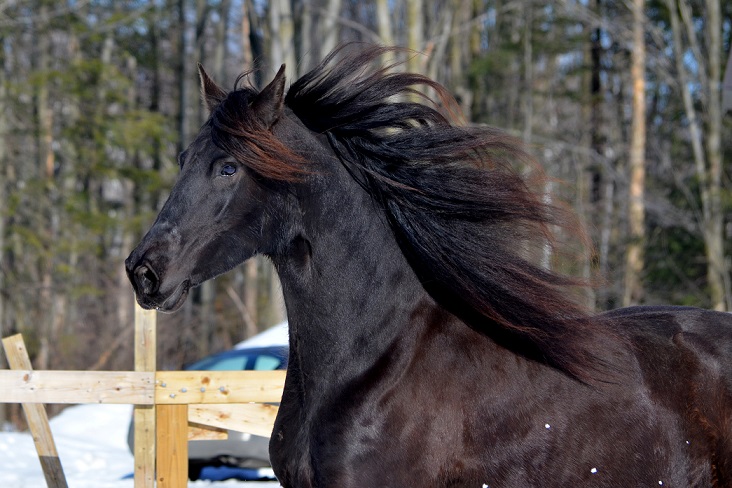 I imported Nancie from Oklahoma at five years old to start our breeding. I chose Nancie because she obtained the Ster 2nd prime in 2008 just with her height and elelgance. At the age of 6 months she had already the beauty and movements necessary because she got first prime.

She is the modern type and also sport type with a lot of movement. She is refined but not muscular enough for now. She already had training in dressage with great results but for now I am letting her rest. I believe in the future talent for dressage will be great. Nancie has beautiful curl so I am excited to invite her new foal in our family.

Nancie S. has created a beautiful male (Galagher de la Chevalerie) this year in 2010. We presented at the September 20, 2010 keuring last and it was a great success. Galagher has obtained not only the reference 2nd premium, but it was also reserve champion of all male foals. We were really pleased with the offspring of our mare. 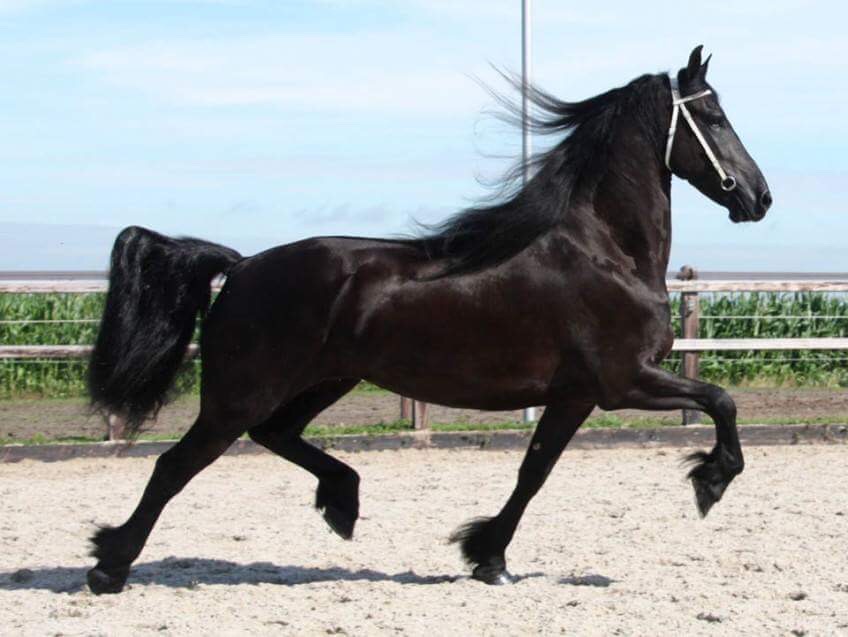 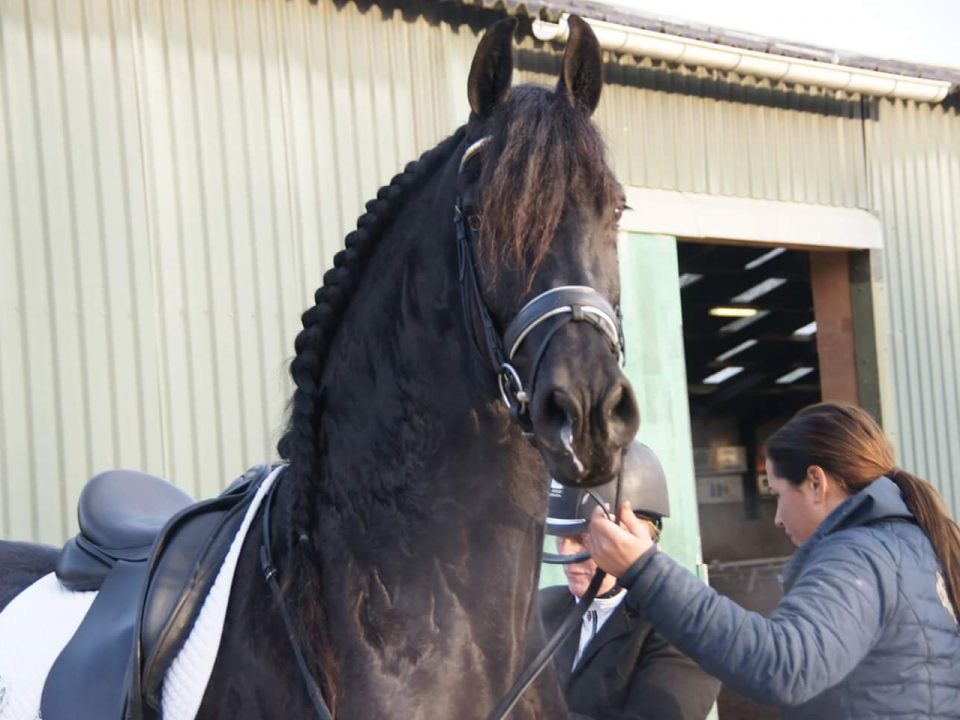 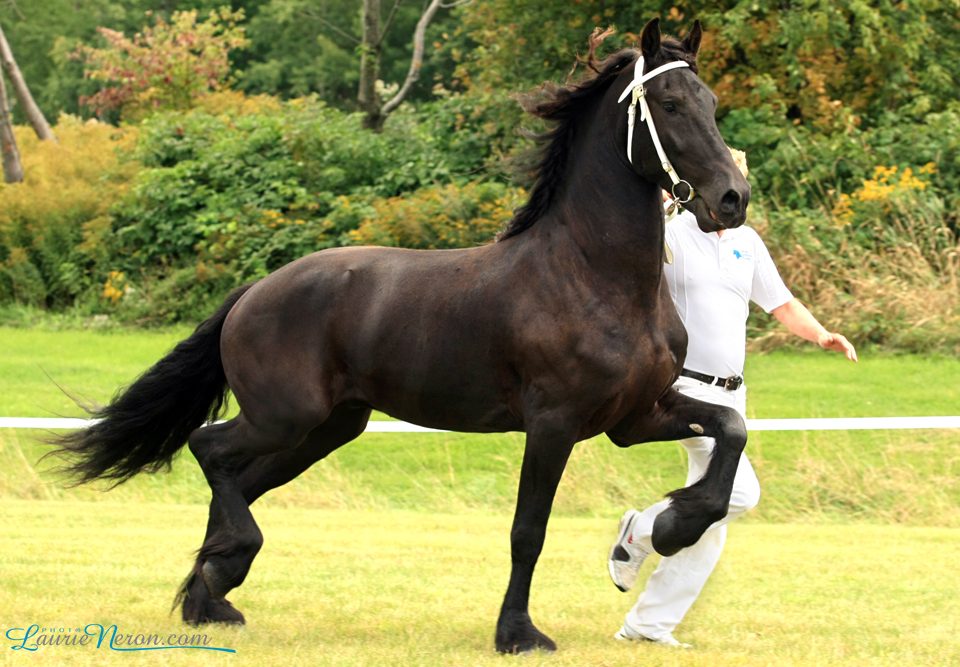